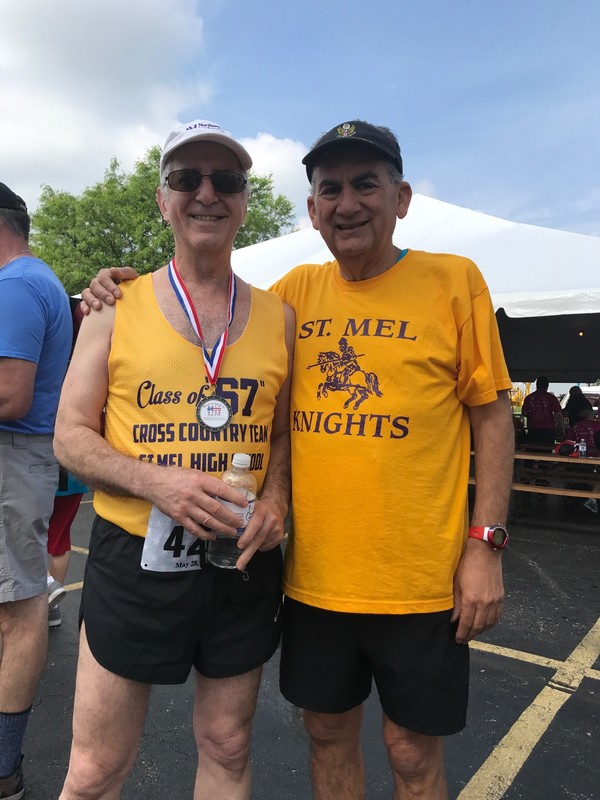 Thom Alcazar (left) and Angel Marrero competed in the 5K Race to the Flag in Westmont, May 28, 2017, to benefit the People’s Resource Center.  Thom came in 2nd in the 65 and older group, Angel 4th.  Both Knights have participated in several 5Ks these past months.  This charity operates a food pantry that is run by Hank Anzelone, also a member of the St Mel class of 1967.

Another pair of accomplishments in 2017!! 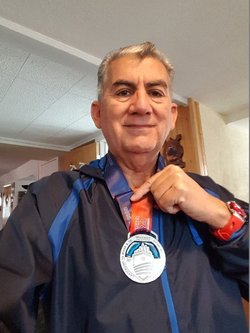 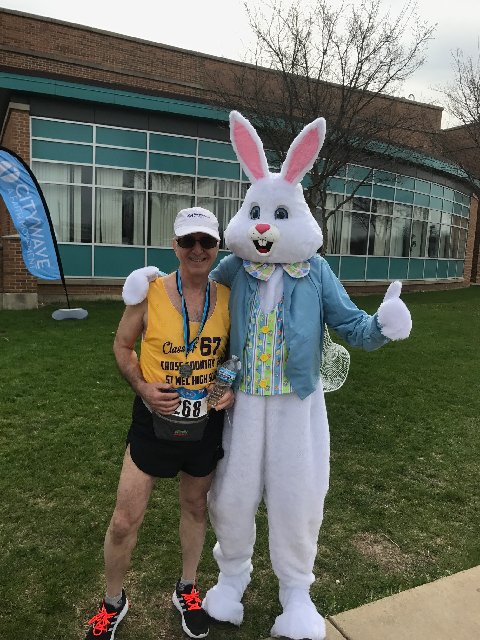 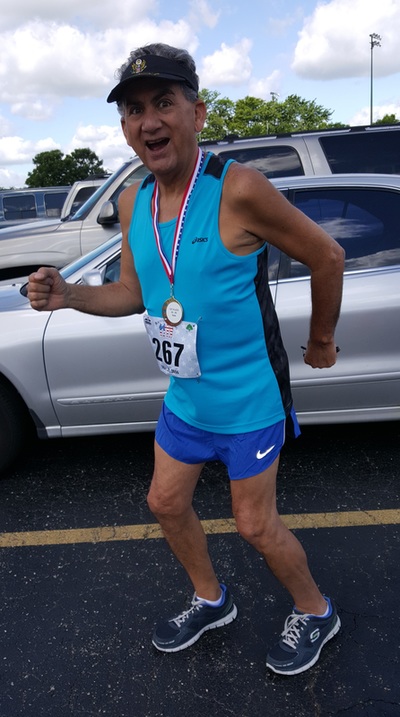 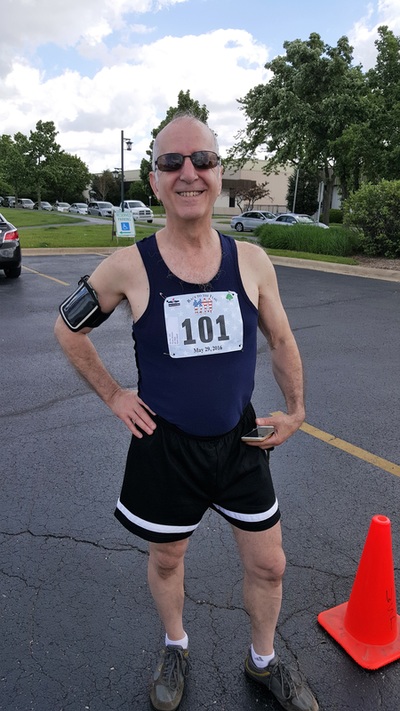 Thom Alcazar
Angel on the left, Thom on the right
Angel Marrero came in first and Thom Alcazar second in the Race to the Flag 5k – Westmont on May 29, 2016 for our age group.