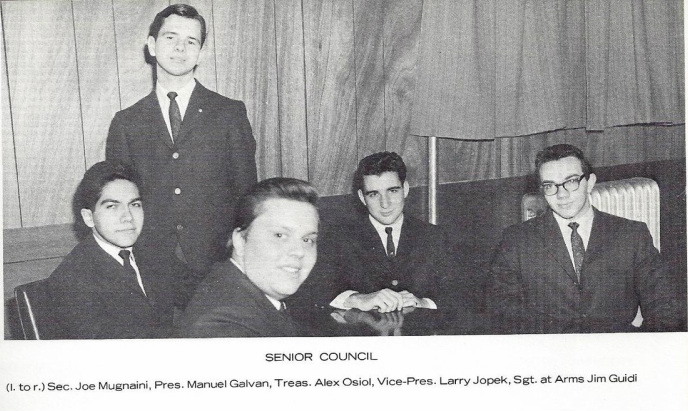 "As far as I am concerned, the reason it closed was not low morale, rather the fact that the MLK riots in '68 started around Pulaski and Madison and the entire neighborhood was essentially burnt to the ground. The area is still like Beirut, or Warsaw after WWII, vacant lots and brickyards.

"I went to see the Chihuly exhibit at the Garfield Park conservatory with my daughter and decided to show her where I grew up. We went by Kildare and Madison. The east building is long since gone, I went there with Brother Gregory when the Christian Brothers were pulling out and scavenged stuff left after the auction.

"The west building was being used by the Chicago Board of Education for some sort of early childhood development center. There was a sign on the door that said 'Drug and weapon free zone, no firearms or drugs allowed within 500 feet.' The brothers are rolling over in their graves."