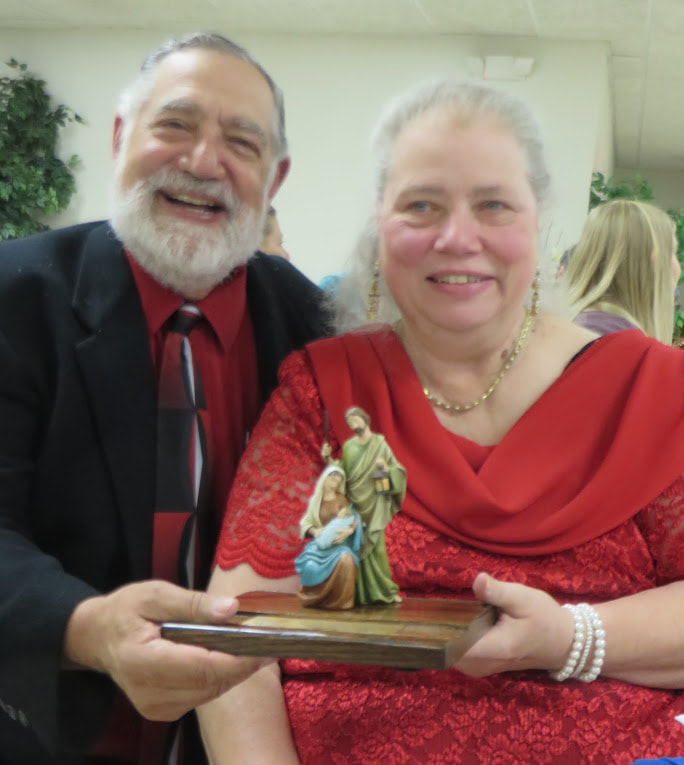 Hank Anzelone was honored with the prestigious Victor Cardosi Award by the Joliet Diocesan Chapter of the Knights of Columbus in 2018.  Pictured above is Hank and his wife Linda.

The award is named for a highly respected Knights of Columbus state official from the 1960s and presented to individuals who, as Knights, have exemplified Charity, Unity, Fraternity as well as Patriotism in Family, Community, Church, Youth and Council Activities above and beyond that of the average council member.

“When I was notified about being honored I immediately thought how the distinction belongs not only to me but to all those who had a hand in making me what I am.  The many who guided and influenced me during my life journey,” Hank said in his acceptance remarks.

“The one important lesson I have learned, I am not alone in what I do and witness.  I recall a couple of early examples set by my parents.  My Dad had a guy delivering newspapers for him that was near poverty.  He was hospitalized and my parents went to his residence in Chicago’s projects and cleaned it for when he was sent home.

“Another was around one Christmas when a neighbor who had a family close to our size (we were 11) was ill and out of work.  My folks bought Christmas presents and gave them money for their bills.

“With them, others in my family, and all the great friends I’ve encountered, it’s humbling to think I’ve been singled out.  I know there are so many far more deserving.  I’ve learned and do my best to adopt the lesson, ‘We are here to help one another.’  I thank all of you for letting me stand on your shoulders.”